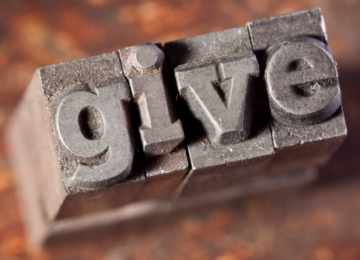 For organizations seeking to become more adaptive and innovative, culture change is often the most challenging part of the transformation. Innovation demands new behaviors from leaders and employees that are often antithetical to corporate cultures, which are historically focused on operational excellence and efficiency.

But culture change can’t be achieved through top-down mandate. It lives in the collective hearts and habits of people and their shared perception of “how things are done around here.” Someone with authority can demand compliance, but they can’t dictate optimism, trust, conviction, or creativity.

Practices for Leading a Cultural Movement

Leaders should not be too quick or simplistic in their translation of social movement dynamics into change management plans. That said, leaders can learn a lot from the practices of skillful movement makers.

Frame the issue. Successful leaders of movements are often masters of framing situations in terms that stir emotion and incite action. Framing can also apply social pressure to conform. For example, “Secondhand smoking kills. So shame on you for smoking around others.”

Demonstrate quick wins. Movement makers are very good at recognizing the power of celebrating small wins. Research has shown that demonstrating efficacy is one way that movements bring in people who are sympathetic but not yet mobilized to join.

Harness networks. Effective movement makers are extremely good at building coalitions, bridging disparate groups to form a larger and more diverse network that shares a common purpose. And effective movement makers know how to activate existing networks for their purposes. This was the case with the leaders of the 1960’s civil rights movement, who recruited members through the strong community ties formed in churches. But recruiting new members to a cause is not the only way that movement makers leverage social networks. They also use social networks to spread ideas and broadcast their wins.

The Challenge to Leadership

Unlike a movement maker, an enterprise leader is often in a position of authority. They can mandate changes to the organization — and at times they should. However, when it comes to culture change, they should do so sparingly. It’s easy to overuse one’s authority in the hopes of accelerating transformation.

It’s also easy for an enterprise leader to shy away from organizational friction. Harmony is generally a preferred state, after all. And the success of an organizational transition is often judged by its seamlessness.

In a movements-based approach to change, a moderate amount of friction is positive. A complete absence of friction probably means that little is actually changing. Look for the places where the movement faces resistance and experiences friction. They often indicate where the dominant organizational design and culture may need to evolve.

And remember that culture change only happens when people take action. So start there. While articulating a mission and changing company structures are important, it’s often a more successful approach to tackle those sorts of issues after you’ve been able to show people the change you want to see.

Bryan Walker is a Partner and Managing Director at IDEO San Francisco.

Sarah A. Soule is the Morgridge Professor of Organizational Behavior an Senior Associate Dean for Academic Affairs at the Stanford Graduate School of Business.

Embracing the virtual workforce transition as a competitive advantage

Good Morning GIVERS, Here is your Weekly Relationship Contribution from GIVERS University. There is no…

How to Get Noticed by Your Boss’s Boss

We at Givers University believe that it's important to invest in relationships by Giving first. …

GOOD MORNING GIVERS -- Here is your Weekly Relationship Contribution From GIVERS University. Challenges abound, and this…